So You Want to Be a Blockchain Engineer!

So You Want to Be a Blockchain Engineer!

Recently Unfinished Labs got an email from a guy who says he’s a mailman, and he is really excited about blockchain, so much that he’s decided to change careers. He took a blockchain short course, but didn’t think he learned much. He said he wasn’t a programmer, but he really wanted to know what he should do to become a blockchain developer. Career changes like this take a lot of guts and we think people like this deserve to be encouraged. I looked at similar articles like this, but I thought that an answer to this question deserves a more thoughtful and thorough response.

First of all, we’re excited that you’re interested in becoming a part of the blockchain developer community! In short, you’ll need to become a solid software developer and then specialize in blockchain technology. Here is how many of us did that:

If you aren’t already a programmer at some level, you could try to get a computer science degree, or at least take some basic courses in programming. Be careful with your choice of online courses and certifications. It’s best to choose courses only from accredited educational institutions, like a local community college or a university. Because there are no widely accepted standards besides degrees from accredited institutions, other kinds of certificates won’t really help you get a job, and what you learn in those courses may not help either. Hacker schools vary widely in quality and can be expensive. If you want to attend one, be sure to check it out thoroughly and ask for input from professionals about the school. Make sure you will be learning the skills needed for you to be successful in the blockchain field.

Once you are a programmer, begin learning the fundamentals of blockchain technology:

Once you’ve studied the basics of Bitcoin/blockchain and cryptography, spend a little time learning more about money and crypto-economics - what actually is money, the history and purpose of money, and what are the requirements for money to be useful? What causes inflation, what makes money “worth” something? How does this apply to blockchains, and how does it affect the design of blockchains?

Next, decide what area of blockchain development you want to focus on. Do you want to work directly with blockchain code? Develop decentralized end-user applications, a.k.a. dApps? Maybe you want to write “middleware,” the glue/libraries that those dApps depend on,. or maybe you want to be a DevOps (Software Development + IT Operations) person - in short, someone who ensures that blockchain nodes are running smoothly and securely.

Next, choose a blockchain that you want to focus on and start learning about it. Don’t worry about getting locked into a specific blockchain; the knowledge will still help you. Many of us worked with several different blockchains before landing where we are now.

If you want to develop directly on a blockchain, you will need to learn one or more of the languages associated with that blockchain, as well as how to run a node, how to use a wallet, and how to connect to a node to access and update blockchain data.

If you want to develop dApps, you will need to familiarize yourself with the suite of tools and libraries needed for writing those specialized dApps. Most of them rely on TypeScript and JavaScript libraries, so you’ll need to learn those languages as well as HTML and CSS. Also learn a widely-used web development framework such as React and nodejs.

If you want to develop middleware, those libraries are in a wider range of languages and can include such languages as Java, Go, or Rust.

If you want to do DevOps, you’ll need to learn more about computer security, operating systems such as Linux, shell scripting, and virtual environments. You’ll need to learn how to effectively work with Platform-as-a-Service (PaaS) providers such as AWS and Google Cloud. A networking course will help you as well, if you did not already take one.

Experience helps the most with getting a job. If you don’t have job experience in software development or blockchain development, it’s a good idea to find an open source project to contribute to, and to create your own projects. Wanting to make something better than what’s out there, or something to your own liking is a great motivation to learn, and then you have something to show to potential employers.

This is not a complete list; many other skills you need will be learned as part of your journey.

This is one of the more difficult fields in computer science, so don’t expect to be ready for professional employment in just a few months. Experienced engineers with no blockchain experience can take months to become fully productive on a blockchain project. Don’t let that discourage you! It’s just to set your expectations.

Related, Polkadot is hosting an event on the topic. Seems like it is aimed for web2 developers, not newbies so be advised! 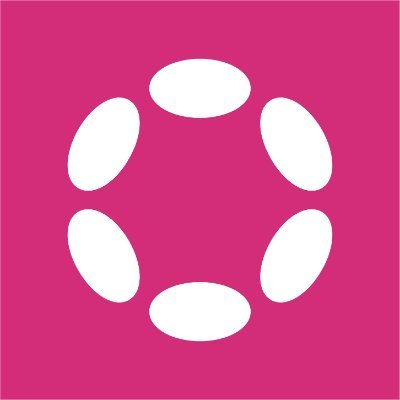 @Polkadot
1/ Want to become a leading blockchain engineer? On October 20 at 4pm CEST, join the Polkadot Twitter Spaces to learn about the next edition of the #PolkadotAcademy! Tune in to hear from the previous Academy students and ask your questions. 🧵for details twitter.com/i/spaces/1zqKV…
1 Like